The NSA is so enthralled with its technological prowess that it’s seeking to create what in the Judeo-Christian tradition is the exclusive prerogative of God: having total awareness of what happens on every single corner of the planet. The Bush administration made this goal transparent when it named its program of generalized electronic surveillance “Total Information Awareness” and represented it with a God-like Eye submitting the totality of the Earth to its visual capture. The name may have been dropped in 2003, but Obama's imperial presidency has only radicalized this effort to create the all-seeing God described in the Old Testament. “Nothing in all creation is hidden from God’s sight” (Hebrews 4:13). Edward Snowden has shown that the goal of the imperial Eye is, indeed, that nothing is hidden from its sight. NSA officials, in his words, “are convinced that not knowing everything about everyone could lead to some existential crisis.” This zeal “to know everything about everyone” seeks total awareness of spatialized information: that is, of who is doing what where. Total spatial awareness is the primary goal of the Orwellian state, for in 1984 the state apparatus observed the novel’s main character even in those seemingly private places (a corner in his home, the room where he met his lover, a forested area in rural England) that he thought were beyond the reach of cameras, sensors, and microphones. 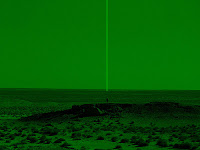 While imperial dispositions have long been defined by fantasies of omnipotence, we are witnessing the rise of a historically-novel imperial hubris defined by a techno-theological fetishism. This imperial sense of all-powerfulness is cultivated by the undoubtedly impressive spatial reach of satellite surveillance, online spying, and assassinations by drones or death squads. What Donna Haraway called playing God’s trick, the assumption that it's possible to have a disembodied vision “from anywhere and everywhere equally,” is an imperial disposition guided by the zeal to create a technocratic, heavily militarized, human-made God. As a drone operator cited by Derek Gregory admitted, “Sometimes I felt like a God hurling thunderbolts from afar” (From a View to Kill, p. 192). US troops in Afghanistan, likewise, are often dazzled by the God-like aura of the laser targeting markup used by drones. “When the troops put their night vision goggles they will just see this light that looks like it’s coming from heaven. It’s quite beautiful.” The soldiers call it The Light of God (see the notable short-film Five Thousand Feet is the Best). Not surprisingly, a recent article on Wired calls General Keith Alexander, the chief of the NSA, The God of War.
The idea of “total information awareness” draws from an old, and earthly, military concept: “situational awareness.” Situational awareness in combat depends on two basic principles: the identification and location of the actors fighting on a battlefield. Situational awareness is awareness of the terrain and of its vectors of mobility: of where the forces identified as “hostiles” and “friendlies” are located and awareness of the three-dimentional forms and volumes (hills, buildings, walls) that shape their mobility and field of vision. The NSA seeks to create situational awareness at a planetary scale. Its complex algorithms have a simple goal: to identify and locate "threats" so that they can be neutralized and eventually destroyed. As Jeremy Scahill shows in his book Dirty Wars, the death squads and drones commanded from the White House are guided by the “find, fix, finish” principle, which Grégoire Chamayou has analyzed as the manhunt doctrine. And finding elusive preys demands, indeed, spatial awareness. 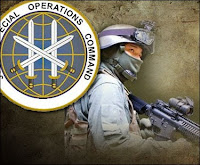 But total spatial awareness is, needless to say, a utopian and unreachable goal. As I argued in my previous post (Opaque Zones of Empire), the planetary surveillance machine is haunted by what it cannot see, or cannot see clearly, because of the immanent multiplicity, immensity, and non-representational nature of the planetary terrain. But there is something else that the techno-theological ideology of “total spatial awareness” cannot see: politics as the realm of sheer contingency and unpredictable interruptions and ruptures. The militarized fetishization of hyper-visibility is, ironically, blind to politics. Its techno-theological lens assumes that political control is a technocratic maneuver. The planetary panopticon is undeniably very effective in finding and finishing off people labeled “terrorists” all over the world, most of them unarmed men, women, and children (as Scahill shows). But this killing machine only creates the forces it seeks to destroy by generating anti-imperial rage and new waves of blowback. As Nick Turse argues in The Changing Face of Empire, the “special forces” that the media portrays as made up of super-human, unbeatable soldiers are very ineffective at defeating the poorly-armed insurgencies that continue controlling much of Afghanistan, Yemen, or Somalia (see Ian Shaw's reviews of Scahill's and Turse's books here and here on his blog Understanding Empire). 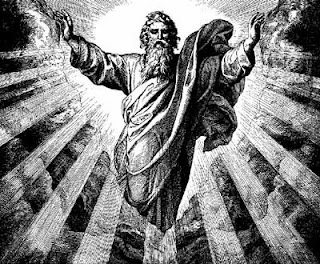 Spinoza famously argued that God is an infinite substance devoid of will that is indifferent to our presence. He argued, in other words, that God is devoid of total spatial awareness. For this reason, he was expelled from the Jewish community of Amsterdam and condemned by the Vatican. Furthermore, Spinoza argued that the idea of an all-seeing, judgmental God (“hurling thunderbolts from afar” like drone operators) seeks to inculcate obedience. This is clear in the lines of the Old Testament that argue that nothing escapes God’s sight: “Everything is uncovered and laid bare before the eyes of Him to whom we must give account” (Hebrews 4:13). 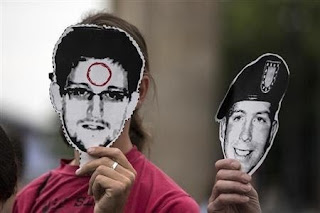 In the early 21st century, the Eye “to whom we must give account” is not a transcendental, infinite, and disembodied force; it is, rather, an immanent, material, finite network made up of hundreds of thousands of nodes grounded in actual computers run by breathing human beings based, for instance, in hyper-militarized places such as the NSA centers in Maryland or Utah. And the fact that, as Snowden put it, the NSA fears that not knowing “everything about everybody” could lead to an existential crisis tells us that the planetary panopticon embodies, ironically, the affective disposition of a fearful God: fearful of the void that will always-already escape His prying eyes. The most damning “existential crises” that the imperial panopticom has faced were created, ironically, by its incapacity to see and control two seemingly insignificant human appendices to its own surveillance apparatus, Bradley Manning and Edward Snowden. By the mere act of disobeying and revealing from within the secrets and crimes of the imperial machinery, they confirm that God-like pretensions are built upon contingent, earthly, finite, perishable elements. And Manning's and Snowden's all-too human disobedience is a gesture of subtraction and freedom that reminds us of another biblical theme: that the all-seeing God of the Old Testament felt nothing but contempt for those humans who fantasize about playing God on earth.

Posted by Gastón Gordillo at 10:03 AM No comments: