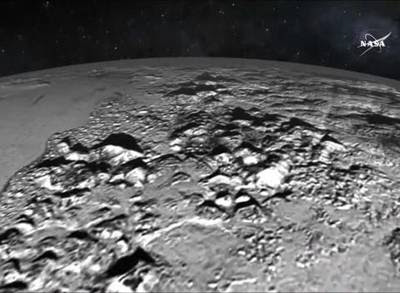 The fascination with the images of Pluto’s rugged topography recently captured by the New Horizons probe reminds us that terrain is the most universal, material, and non-anthropocentric of all spatial categories. After all, Pluto is devoid of human-made places and territories, but is made up of tangible, observable, measurable terrain. Multiple articles are being written on the size, shape, physical composition, height and angles of Pluto’s mountains, valleys, mounds, plains, and countless protuberances. Those forms are being subjected to intense measurement and Pluto’s diameter has now been precisely quantified. The planet turned out to be a bit bigger than initially thought. But what strikes about Pluto’s terrain are its forms. The mission’s scientists are ecstatic: they cannot believe how heterogeneous and often dramatic the forms of the terrain are. Pluto has ice mountains as tall as the Rockies and its largest moon, Charon, has a canyon much deeper that the Colorado River’s. Some scientists, notably, expected a smoother, featureless terrain. Some of the terrain’s forms on Pluto are intriguing, hard to read geologically. “This is a not-easy-to-explain terrain,” said a key member of the New Horizons team. He identified the new object of the mission: to investigate not simply Pluto but its terrain. 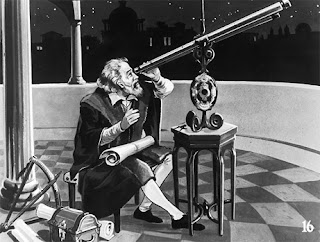 When Galileo Galilei invented the telescope in 1609 and pointed it to the void, the first object he scrutinized was the one closest to him: the moon. Galileo was struck by what he saw: mountains, valleys, ridges, depressions, a multiplicity of forms. Terrain. Galileo was even more ecstatic than the members of the New Horizons team are right now; he wrote that he felt so happy that he wept with joy. He had dissolved the ancient myth that the moon had a smooth, featureless surface, a legend that drew from the ancient Greeks' belief in the geometrical perfection of spheres. Galileo noticed that the moon’s surface was, in his words, “full of inequalities, uneven, full of hollows and protuberances, just like the surface of the earth itself, which is varied everywhere by lofty mountains and deep valleys.” Galileo was the first to note that in Earth and the moon the materiality of space is qualitatively the same: terrain defined by multiple forms and textures. Copernicus had already noticed the multiplicity of protuberances that defined the Earth's spherical form when he wrote that the latter was not smooth, “on account of the great height of its mountains and the lowness of its valleys, though they modify its universal roundness to only a small extent.”
Copernicus and Galileo are remembered for demonstrating that the Earth is not the fixed centre of the universe but part of a constellation of myriad objects in motion around the sun. Yet they also hinted at a view of space sensitive to forms, angles, and gradients, and are therefore pioneers in a theory of terrain, which they scrutinized through the lens of mathematics, physics, and geometry. And they revealed that the rugged forms that defined the Earth’s terrain were, in fact, the property of all objects moving through the cosmos, even if in each object these forms and textures adopt the most diverse configurations. 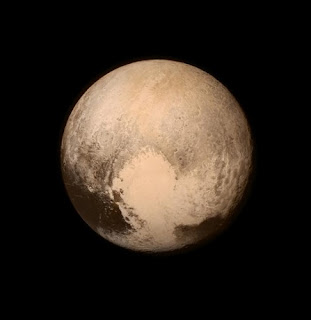 The protuberances on Pluto’s surface confront us with terrain’s transcendental immanence: that is, with a materiality that transcends the ephemeral nature of human places and defines all objects drifting in the void of the universe. But this transcendence of terrain in relation to the minuscule scale of human temporality and spatiality only exists as pure immanence: in the cosmic rubble that coalesced, pulled by gravity, to form Pluto; and in the forces and collisions that over millions of years redefined the planet’s crust and created the layout of its current terrain: untouched by humans, but now part of our spatial imagination.
Posted by Gastón Gordillo at 10:49 AM No comments: