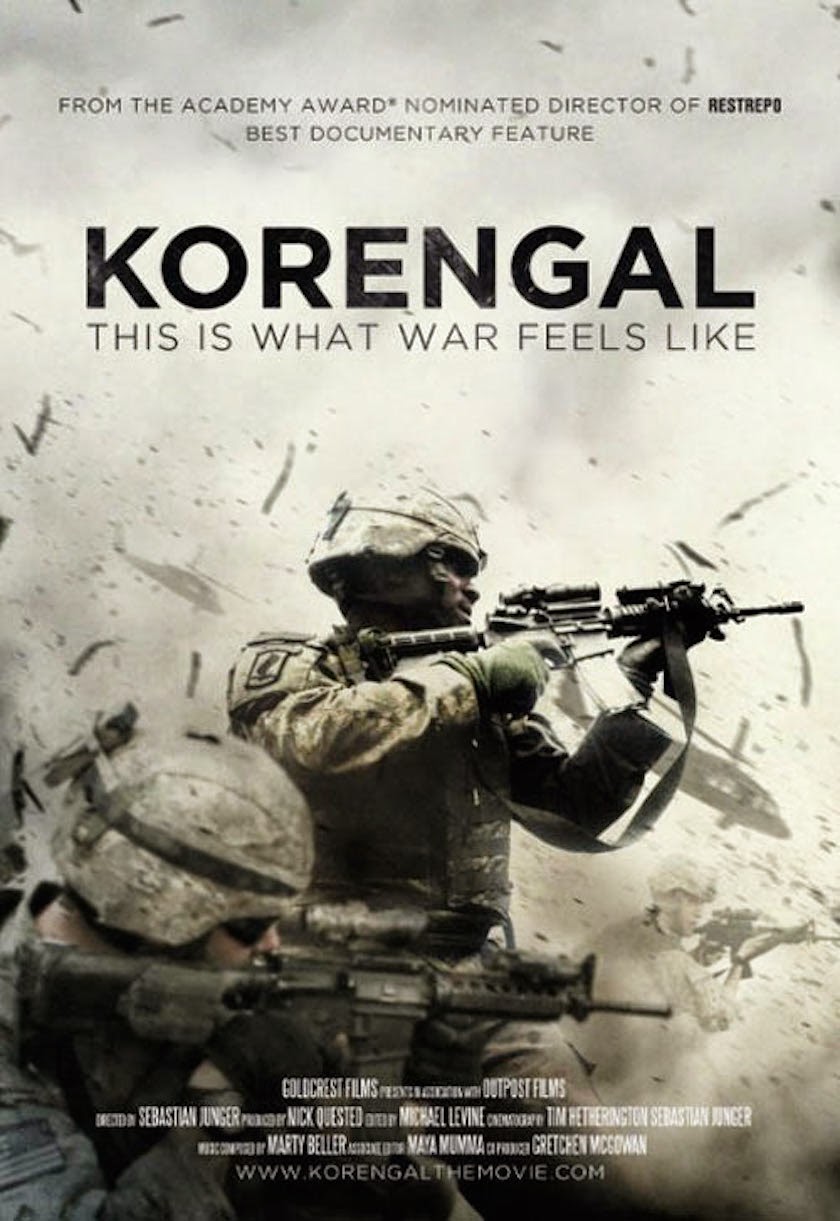 In April 2010, a local insurgency forced the US military to withdraw from the Korengal Valley in the mountains of eastern Afghanistan, which US soldiers called “the valley of death.” Most accounts of violence in the Korengal —captured in the documentaries Restrepo and Korengal and in first-hand depictions by soldiers and journalists— highlight that the rugged, opaque, vertical terrain played a decisive role in allowing insurgents to locally defeat the mightiest military on Earth. But what, exactly, is terrain? How were insurgents able to turn terrain into an effective weapon against a much more powerful enemy? While military analysts have long been aware of the importance of terrain in warfare, the term tends to be discussed in vague and descriptive terms. Likewise, with a few exceptions, “terrain” remains largely un-theorized in the humanities.
In this paper, I draw on the rich material available on insurgent violence in the Korengal to articulate a theory of terrain, whose departing point is that terrain’s materiality is not reducible to social constructions and can be best understood through a geometrical examination of bodies in motion. In particular, I conceptualize terrain through a series of axiomatic principles: that terrain is defined by a multiplicity of forms that are plastic and modifiable; that terrain is intrinsically opaque to human perception (even to seemingly "all-seeing" technologies such as drones); that the materiality of terrain is not fixed but adopts different levels of ambient thickness related to the temporal becoming of our planet —and its daily and seasonal rhythms— as an object in motion; and that terrain has a three-dimensional verticality profoundly affected by gravity. Drawing on the experience of soldiers and journalists based in the Korengal, I analyze how the local insurgency adapted to, and manipulated, these dimensions of terrain to outmaneuver the US military and counter its technological superiority. I look at this spatiality of insurgent violence through the lens of an affective geometry: i.e. an examination of how multiple bodies, including human bodies engaged in combat, affected each other amid the forms, angles, textures, verticality, and temporal becoming of the forested mountains of Afghanistan.
Posted by Gastón Gordillo at 8:21 AM