Terrain as Medium of Violence

First, apologies for the long silence here at Space and Politics. I've been fully devoted to finishing a book manuscript that is now almost ready (Rubble: The Afterlife of Destruction, forthcoming with Duke University Press). In the next few weeks, I'll begin posting on the blog brief theoretical sections from the book, hoping to get feedback from the blogosphere about my explorations of the concept of "the destruction of space." Meanwhile, I posted below a longer version of the paper abstract I wrote for Philippe Le Billon's and Simon Springer's panel on "Violence and Space" for the Association of American Geographers meetings in LA (April 2013). This paper (Terrain as Medium of Violence: The Politics of Verticality and the Voiding of Imperial Space) seeks to further analyze some of my preliminary ideas about "the terrain" first explored here and here, now in relation to violence, verticality, vision, and opacity. 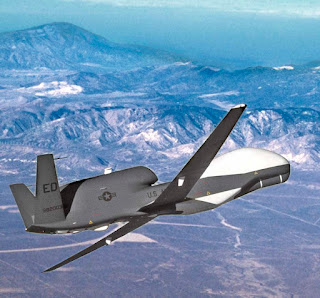 Mastery of the terrain is a decisive factor in warfare. Military strategists have long been acutely aware of this basic principle in the spatiality of violence. Yet critical theorists of space have, paradoxically, paid scant analytical attention to the constitutive relation between violence and the concept of “the terrain”: the three dimensional forms that make up the immanent materiality of space as we know it (buildings, rivers, walls, mountains, forests, oceans, the sky) and that shape mobility, visibility, and therefore the form and intensity in which violence is and can be deployed.

Eyal Weizman’s work on the control and transformation of the material forms of the terrain of Palestine by the Israeli military has opened a new horizon to investigate violence through the terrain. Rather than treating space as the fixed matrix on which violence is localized, Weizman shows that space is the most fundamental medium of violence. He painstakingly analyzes how the Israeli military controls millions of Palestinians through a huge, three-dimensional constellation of physical infrastructure and technology. This architectural arsenal includes the massive wall that seals off Israel as a besieged fortress as well as myriad networks of checkpoints, roads, settlements, observation posts, hilltops, tunnels, sewage systems, and bridges. And he highlights that violence is structured by what he calls the “politics of verticality”: the control of “the view from above” from hilltops and through unmanned drones permanently scanning the terrain below them.

Paradoxically, Weizman writes about “the terrain” constantly in his work but does not analyze it as a conceptual category. In this paper, I draw from Weizman and also from Paul Virilio’s work on violence and vision and Derek Gregory’s research on aerial bombing and drones to examine a key principle of a theory of the terrain: the decisive importance of verticality in the deployment of state violence as a three-dimensional vector. The history of aerial bombing and the recent rise in the use of drones reveal that the control of the skies and the atmosphere —and the speed and global reach their spatial smoothness allows for— has become fundamental to imperial power.

Yet the politics of verticality pose spatial paradoxes that can only be appreciated through the actual, tangible material-political terrains in which it operates. Contra the image of absolute deterritorialization it tends to evoke, the verticality created by drones is always-already subsumed to a spatial principle as old as warfare: that the ultimate aim of controlling a higher ground through towers, mountaintops, or the sky is to create a view from above to visualize, localize, and inflict violence upon targets located primarily on the ground. In short, drones patrol the skies not to control high altitudes per se but in order to control an opaque terrain below that limits the state field of vision. And despite their capacity for unleashing massive levels of destruction, drones reveal something else about the terrains of Afghanistan, Pakistan, or Yemen endlessly scanned by their cameras: that imperial ground forces do not control those spaces. This political voiding of imperial space by local insurgencies is made possible by another ancient principle of guerrilla warfare: the fact that the mastery of heavily striated terrain (mountains, forests, urban spaces) by flexible and mobile forces allows them to avoid visual capture by the state and, in the long run, wear down and defeat more powerful militaries. The verticality generated by drones, in short, reveals not only the vast spatial reach of imperial violence but also the profound spatial limits and opacities it encounters amid the political and material striations of the global terrain.

Posted by Gastón Gordillo at 5:21 PM