This is the introduction to my review essay of Forensis: The Architecture of Public Truth (2014, Sternberg Press, Berlin), by Forensic Architecture, an interdisciplinary team directed by Eyal Weizman. The whole essay (which examines in more detail the issues of truth, evidence, detectability, fetishism, and disregard for destruction raised by Forensis) is here, published as "Empire on Trial: The Forensic Appearance of Truth"Society and Space: Environment and Planning D 33(2):382-388 (2015). 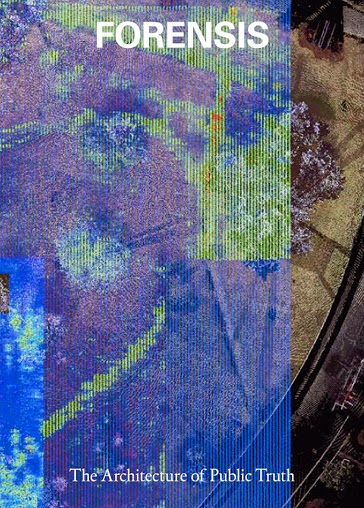 The publication of Forensis: The Architecture of Public Truth marks a formidable intellectual and political intervention in the analysis of the ways in which traces of destruction and violence are built into the geographies of our imperial present. The book is a collective effort of staggering scope, depth, and ambition and with one clear goal: to level a forensic gaze on state and corporate crimes. This is a gaze finely attuned to the negativity of matter, sensitive to the many ways in which rubble, buildings, scars, chemicals, bones, sounds, algorithms, videos, or photographs can become the evidence of crimes committed by the powerful forces that continuously ravage the world. 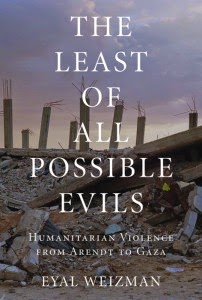 This extraordinary volume is the collective work of Forensic Architecture, an interdisciplinary team based in the Centre for Research Architecture, Goldsmiths College, University of London, which since 2011 has been engaged in collaborative work with partner organizations and activists from all over the world. The intellectual leader of this international effort is the noted architect and activist Eyal Weizman, the author of the widely acclaimed books HollowLand: The Architecture of Israeli Occupation (2007) and The Least of All Possible Evils:Humanitarian Violence from Arendt to Gaza (2012). Forensis draws from Weizman’s previous work on many levels, particularly in its emphasis on the materiality of violence and domination and the political power of an architectural, spatial, and forensic lens. In Hollow Land, Weizman had demonstrated how the Israeli state controls Palestinians through the manipulation of the materiality and architectural forms of the terrain (walls, checkpoints, roads, tunnels) and the control of vertical fields of vision (through hilltops, drones, and satellites). The Least of All Possible Evils, in turn, examined the logic of “the lesser evil” used by imperial actors to justify their allegedly humanitarian violence; it also dissects the evidence that reveals the terrorist nature of this violence, such as the rubble and corpses created by Israel in Gaza. Forensis develops this sensibility in much more depth, and captures an outstanding diversity of traces of destruction from the world over; in doing so, it not only reveals the evidence of state and capitalist crimes but also proposes a novel political and conceptual sensibility. This is a disposition that resonates with what I have called in Rubble —based on my own ethnographic study of ruins— an object-oriented negativity: that is, a gaze oriented toward objects marked by traces of rupture and dislocation.
Forensic investigations have recently gained enormous appeal in popular culture through TV shows like CSI. But this is a forensic gaze that only seeks to solve crimes recognized as such by the state, thereby celebrating state power and its apparatuses of surveillance. Weizman and his colleagues, in contrast, propose to reverse the forensic gaze and turn it into “a counter-hegemonic practice able to invert the relation between individuals and states, to challenge and resist state and corporate violence and the tyranny of their truth” (11). Forensis reveals that this tyranny is built on “well-constructed lies” (29) and draws on a “forensic architecture” to expose them, understanding architecture not in a narrow disciplinary sense but as a “mode of interpretation” sensitive, as Weizman put it, to “the ever-changing relations between people and things, mediated by spaces and structures across multiple scales” (13). This volume brings together an innovative collective of talented scholars, artists, theorists, activists, and partner organizations analyzing evidence of imperial crimes on all continents and in all sorts of terrains, including the ocean, the sky, and the underground. The book’s chapters take the reader on a gripping journey to a global constellation of traces of dislocation, from Guatemala to Pakistan, the Mediterranean, the Gulf of Mexico, or sub-Saharan Africa (among many other places).
What sets this forensic lens apart from state-run forensics it not only its more radical negativity but also its goal to recover the original meaning of the Latin word forensis, “pertaining to the forum.” As Weizman argues in the introduction, Forensis interrogates the relationship between the fields where the evidence is collected —actual geographies that he views as elastic and contested force fields— and the forum as the space “where the results of an investigation are presented and contested” (9). This forum is a dynamic triangulation between the contested object (the trace of violence and destruction), the forensic interpreter, and “the assembly of a public gathering.” More crucially, this triangulation is not limited to legal courts. Forensis does, indeed, cover evidence that Forensic Architecture presented in court, for instance in the trial for genocide against the Guatemalan general Ríos-Montt and in the petition submitted to Israel’s High Court to ban the use of white phosphorous in urban environments by the Israel military. Yet the book’s contributors are keenly aware that political struggles are not decided in legal battles, where the global elites have the upper hand. Forensis is primarily a political, rather than legalistic, intervention that seeks to empower global struggles against those crimes that states and corporations refuse to name as such, from targeted assassinations by drones to the environmental dislocation created by the fossil-fuel industries and climate change. 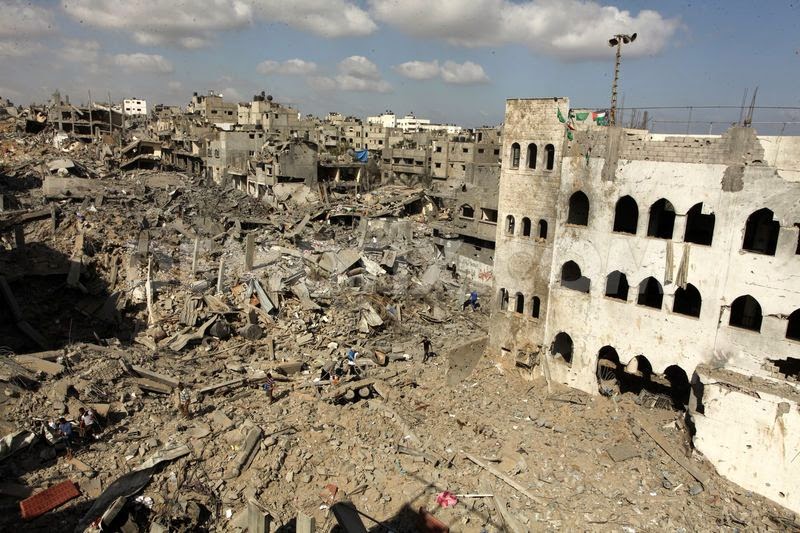 The majority of the crimes documented in Forensis respond, directly or indirectly, to the capitalist system of globalized sovereignty that dominates the world as a whole, and that Michael Hardt and Antonio Negri have called “Empire.” This is why I interpret these crimes as imperial in nature —even if the contributors of Forensis do not necessarily use this concept. Hardt and Negri have been criticized for presenting Empire as a disembodied, totalizing abstraction and for giving the misleading image that the globe has been politically homogenized by transnational flows. But the existence of a multi-centered and planetary Empire does not contradict the fact that this globalized formation creates localized and extremely diverse patterns of destruction, shaped by the affective fields of particular nation-states. Most of the crimes covered in Forensis —from the killing of civilians by drones in Yemen to the impact of climate change— involve states and corporations defending the imperial hierarchies of the global order. And these actors are permanently surveilling the totality of the planet with multiple technologies in search for signs of resistance and anti-systemic disruption. And this is where Forensis’ brilliance lies: in reversing the direction of the inquisitive gaze to expose the overwhelming evidence of the destructive nature of this globalized system of sovereignty. In doing so, the book puts Empire on trial in the political forum of world public opinion and makes the case, through the truth exuded by the evidence, that this global order is guilty of crimes against humanity and life on Earth.

Posted by Gastón Gordillo at 3:03 PM