Wikileaks and the Global Geography of Cyberwarfare

The guerrilla cyberwarfare that currently exists between Wikileaks and the various governments that are desperately trying to crush it reveals the global, fast-paced, dizzying, and irrevocably spatial nature of the confrontations of the 21st century unfolding on the web.

The media tends to present this as a virtual struggle between government and non-government hackers over the control of the information flowing through the non-space of the internet. Yet it is apparent that this is also a confrontation over the control of servers based in myriad places: actual computers anchored in particular national territories, which spread the content of Wikileaks all over the globe through a sophisticated network of allied sites that try to hide those locations.

This is why the main target of the US government and its hackers have been these servers, which Wikileaks activists keep moving around from one country to the next as they are subjected to relentless cyber-attacks.

The geography of the guerrilla cyber-activism of Wikileaks was clear from the start. A Wikileaks team worked on its "Collateral Murder" Video, which documents the murder of civilians in Iraq by the crew of a US apache helicopter, in Iceland, the country with the most strict freedom of information and whistleblowers-protection in the world. 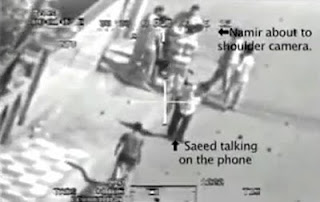 And until recently, Wikileaks has relied on a Swedish internet service-provider which then routed submissions to a server based in Belgium and then to servers in other undisclosed countries with strong legal protection for freedom of expression. But in the past few days the cyber attacks on Wikileaks have been so fierce and sustained, that the website has been effectively shut down and the activists shifted to servers in multiple parts of the planet including the Amazon.com server for a brief moment. After Amazon abided by US pressure last Wednesday, the server shifted to Switzerland for a few hours, and according to the last media reports (December 4) the site is now based in servers located in Holland, Germany, and Finland. 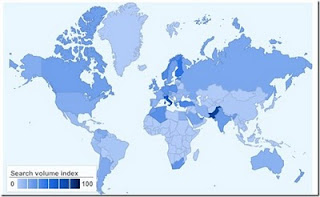 That most of these servers are in northern European countries reveals that there is a consistent spatial thread in this global cyberwarfare, for these national territories provide relatively safer if ultimately fragile havens for cyber-activists. A minister in the government of Ecuador led by Correa announced it offered Julian Assange and his activists a safe haven from international prosecution, but then backed down. The social democracies of northern Europe, in this regard, are the main spaces contributing to shaping the global geographies of these cyber-confrontations by challenging the attempt by the US government to turn the globe into a smooth space for its attempts at censorship. Yet the fact that the Interpol hunt for Julian Assange was initiated by a Swedish court also reveals the fragility of these havens, and the fact that powerful actors within this countries have fully sided with the US.

The move by Amazon and now PayPal to cut any ties with Wikileaks also reveals that this elusive network is under attack by a common corporate-state front that is openly hostile to the idea of a transparent and democratic access to the web. And the overall aim of this move is to restrict the number of actual places from where these activists can do their work.

Meanwhile, Julian Assange is a hunted man, who has been on the move and in hiding for several months. The corporate media and right-wing politicians in the US are presenting him and his fellow activists as "cyber-terrorists" and "enemy combatants" with "blood on their hands" that should be "taken out" by the CIA. The irony is that those responsible for, or complicit with, the murder of countless numbers of men, women, and children in Iraq and Afghanistan are now accusing those denouncing those crimes for having "blood on their hands". George Orwell could as well have written a book called "2010". 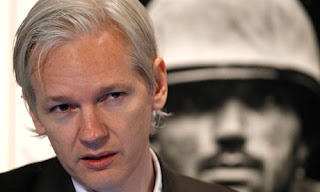 Following a trend accelerated by 9/11, the language of "terrorism" is now being used to demonize any type of democratic activism on the web. The US government is increasingly sounding like the Chinese government in this regard, a worrisome move. And the struggle over Wikileaks also involves the attempts by various states to capture an elusive body moving in space, that of Julian Assange.

This is why the cyber-confrontations currently involving Wikileaks are so important for those of us who believe in a democracy not ruled by unaccountable corporate and state power. And it is equally important to keep in mind that this cyberwarfare is an extremely dynamic, mobile, horizontal process over the control of space. A reminder, in other words, that what we call "globalization" or "cyber-activism" involves not only flows of information moving across the world at dizzying speed but also the actual control of mundane spaces: such as computers sitting on a desk somewhere in Iceland, Finland, or Holland.

The struggle for a global democrary, therefore, should include demanding our respective national governments that it is imperative to protect these spaces from state attempts to crush free access to information that concerns us all.
Posted by Gastón Gordillo at 7:06 PM